On upcoming releases–I think I might have done a post about these in the past, but it has been a very long time…so I decided, today, I would share about some upcoming releases…books that I may have already been able to read an early release copy, or others that I am really looking forward to reading sometime this year.

(Please know that in order to keep this post to a reasonable length, I had to limit myself, and couldn’t mention nearly all the books that are coming this year that I want to read…I’m hoping to do more posts about upcoming releases in the not-too-distant future!)

Which ones appeal most to you? Why?

Stay With Me by Becky Wade 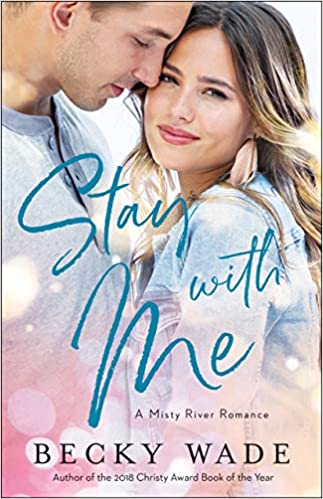 A mysterious letter alluding to a secret in her parents’ past brings Genevieve Woodward back to her Blue Ridge Mountains hometown, but she’s also in need of a break from a high-profile career that has left her dangerously burned out and concealing a powerful secret of her own. When she wakes inside an unfamiliar cottage to find the confused owner staring down at her, she can no longer ignore the fact that she needs help.

Sam Turner has embraced his sorrow and his identity as an outsider. The solitary, disciplined life he lives on his historic farm is the life he’s chosen for himself. The last thing he wants is to rent his cottage to a woman as troubled as she is talkative. Yet, he can’t force himself to turn her away right when she needs him most.

As Genevieve researches her family’s history and her and Sam’s emotions deepen, they will have to let go of the facades and loneliness they’ve clung to and allow light to illuminate every hidden truth.

Becky Wade’s books are full of real people. I think that is what draws me to them the most. But, the beautiful covers sure don’t hurt the attraction any! I’ve read and reviewed this book already, but it is actually not releasing until next week…but, I always love the covers on her books, and had to share it here. If you haven’t yet, be sure to read the prequel novella, Take a Chance on Me, (still free on amazon!) you can find it here.

Start With Me by Kara Isaac

Lacey O’Connor is finally a sure thing for the promotion she’s spent ten years working for. But when a scandal rocks her firm she finds herself on a collision course with the one person she has spent five years trying to forget. Only to discover he doesn’t even remember her…

Victor Carlisle has spent the last three years trying to convince his family he’s no longer the playboy alcoholic who tore their life apart. When a company merger is announced with a US sister firm, he’s presented with the perfect opportunity to prove he’s changed. Only to find himself falling for his competition and the one woman his family will never accept.

As the competition intensifies the choice looms between the professional and the personal. Can they find a way beyond their past decisions and present aspirations to take a chance on the one thing they’re not looking for?

Kara Isaac is an author that writes lovely contemporary romance novels. Her characters are so real! 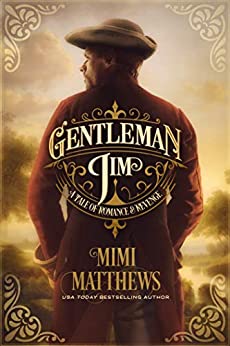 Wealthy squire’s daughter Margaret Honeywell was always meant to marry her neighbor, Frederick Burton-Smythe, but it’s bastard-born Nicholas Seaton who has her heart. Raised alongside her on her father’s estate, Nick is the rumored son of notorious highwayman Gentleman Jim. When Fred frames him for theft, Nick escapes into the night, vowing to find his legendary sire. But Nick never returns. A decade later, he’s long been presumed dead.

After years spent on the continent, John Beresford, Viscount St. Clare has finally come home to England. Tall, blond, and dangerous, he’s on a mission to restore his family’s honor. If he can mete out a bit of revenge along the way, so much the better. But he hasn’t reckoned for Maggie Honeywell. She’s bold and beautiful–and entirely convinced he’s someone else.

As danger closes in, St. Clare is torn between love and vengeance. Will he sacrifice one to gain other? Or, with a little daring, will he find a way to have them both?

It is just in the last half year that I have become a fan of Mimi Matthews. She writes fun, if a bit overly romantic, historical fiction. I hadn’t heard of her before reading some rave reviews about her books…so I found an ebook copy on my library’s website and began reading…I was hooked! I’ve read all the ones I’ve been able to get on my kindle, and hope to read the rest. This one is releasing in November, and as a newsletter subscriber, I was privileged to read it early.

Mosaic of Wings by Kimberly Duffy 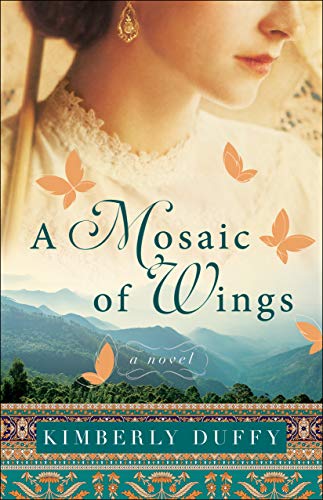 It’s 1885, and all Nora Shipley wants, now that she’s graduating from Cornell University as valedictorian of the entomology program, is to follow in her late father’s footsteps by getting her master’s degree and taking over the scientific journal he started. The only way to uphold her father’s legacy is to win a scholarship, so she joins a research expedition in Kodaikanal, India, to prove herself in the field.

India isn’t what she expects, though, and neither is the rival classmate who accompanies her, Owen Epps. As her preconceptions of India–and of Owen–fall away, she finds both far more captivating than she expected. Forced by the expedition leader to stay at camp and illustrate exotic butterflies the men of the team find without her, Nora befriends Sita, a young Indian girl who has been dedicated to a goddess against her will.

In this spellbinding new land, Nora is soon faced with impossible choices–between saving Sita and saving her career, and between what she’s always thought she wanted and the man she’s come to love.

This is a beautiful debut novel from a newly published author. One that I had the privilege of meeting almost three years ago. I’ve heard so much good about this book, and really look forward to reading it very soon. It officially releases next week.

This book may hit a bit too close to home right now, but I’ve always liked DiAnn Mills’ books in the past, and so I do want to read it…if I can make myself overlook the virus crisis part… 😉 In fact, because of Covid, the publisher is actually releasing the kindle version early, so it is now available! 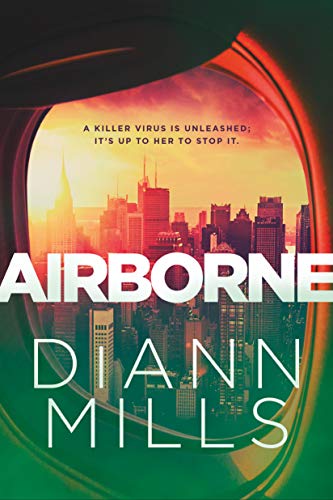 Heather Lawrence’s long-awaited vacation to Salzburg wasn’t supposed to go like this. Mere hours into the transatlantic flight, the Houston FBI agent is awakened when passengers begin exhibiting horrific symptoms of an unknown infection. As the virus quickly spreads and dozens of passengers fall ill, Heather fears she’s witnessing an epidemic similar to ones her estranged husband studies for a living—but this airborne contagion may have been deliberately released.

While Heather remains quarantined with other survivors, she works with her FBI colleagues to identify the person behind this attack. The prime suspect? Dr. Chad Lawrence, an expert in his field . . . and Heather’s husband. The Lawrences’ marriage has been on the rocks since Chad announced his career took precedence over his wife and future family and moved out.

As more victims fall prey days after the initial outbreak, time’s running out to hunt down the killer, one who may be closer to the victims than anyone ever expected.

And…here is one that I am SUPER excited about — I have absolutely loved all of Jaime Jo Wright’s books, and I love reading about the circus, and this one just looks so fabulous to me…although, the idea that there may or may not be creepy clowns lurking about…well, I choose not to dwell on that thought. 😉 She knows how to write dual time stories that really flow together. This one doesn’t release until September

The Haunting at Bonaventure Circus by Jaime Jo Wright 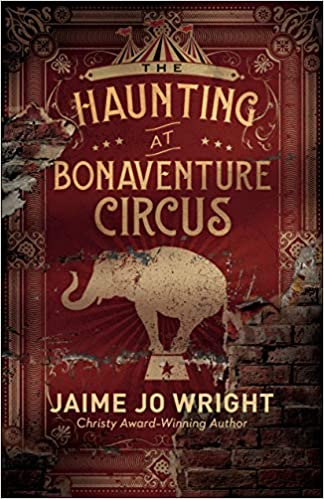 1928
The Bonaventure Circus is a refuge for many, but Pippa Ripley was rejected from its inner circle as a baby. When she receives mysterious messages from someone called the “Watchman,” she is determined to find him and the connection to her birth. As Pippa’s search leads her to a man seeking justice for his murdered sister and evidence that a serial killer has been haunting the circus train, she must decide if uncovering her roots is worth putting herself directly in the path of the killer.

Present Day
The old circus train depot will either be torn down or preserved for historical importance, and its future rests on real estate project manager Chandler Faulk’s shoulders. As she dives deep into the depot’s history, she’s also balancing a newly diagnosed autoimmune disease and the pressures of single motherhood. When she discovers clues to the unsolved murders of the past, Chandler is pulled into a story far darker and more haunting than even an abandoned train depot could portend.

I am also a huge fan of Joanna Davidson Politano. Her books are beautiful, so beautiful. The story line in each one is amazing. She writes stories with depth, feeling, ones that leave you questioning your own life, and give you a hunger to be more, do more, draw closer to God. She has that uncanny ability to insert deep life truths into these fictional tales. And she does it in absolutely lovely ways, faith is shown without feeling preachy.

Her newest, The Love Note, will release in October 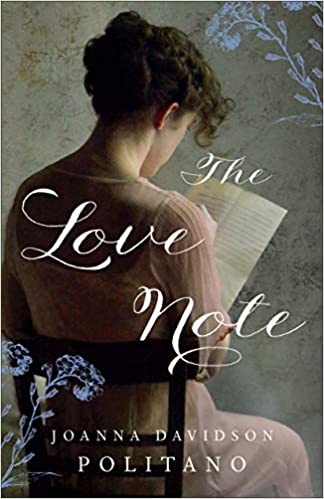 Focused on a career in medicine and not on romance, Willa Duvall is thrown slightly off course during the summer of 1859 when she discovers a never-opened love letter in a crack of her old writing desk. Compelled to find the passionate soul who penned it and the person who never received it, she takes a job as a nurse at the seaside estate of Crestwicke Manor.

Everyone at Crestwicke has feelings–mostly negative ones–about the man who wrote the letter, but he seems to have disappeared. With plenty of enticing clues but few answers, Willa’s search becomes even more complicated when she misplaces the letter and it passes from person to person in the house, each finding a thrilling or disheartening message in its words.

Laced with mysteries large and small, this romantic Victorian-era tale of love lost, love deferred, and love found is sure to delight.

Which of these will you read? I’d love to hear your thoughts about any or all of these!

Do you know of any other new books that you simply must read?

Have a wonderful Tuesday! 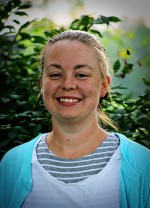 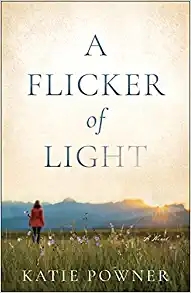 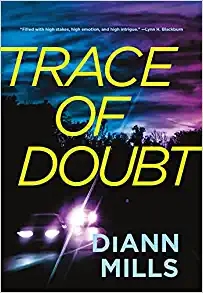 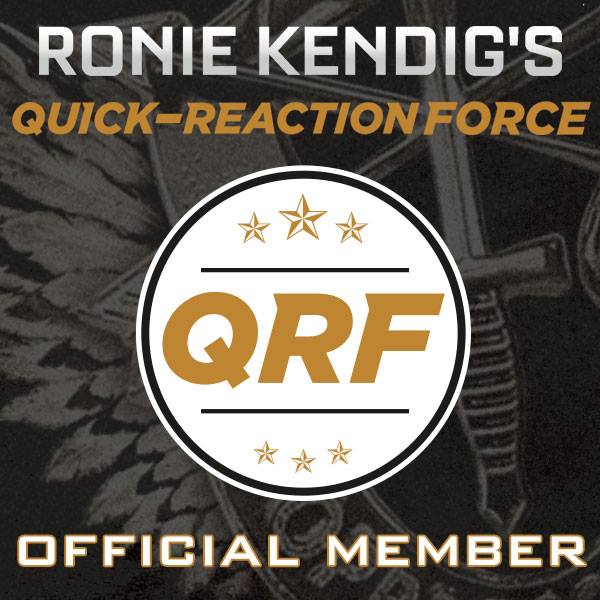 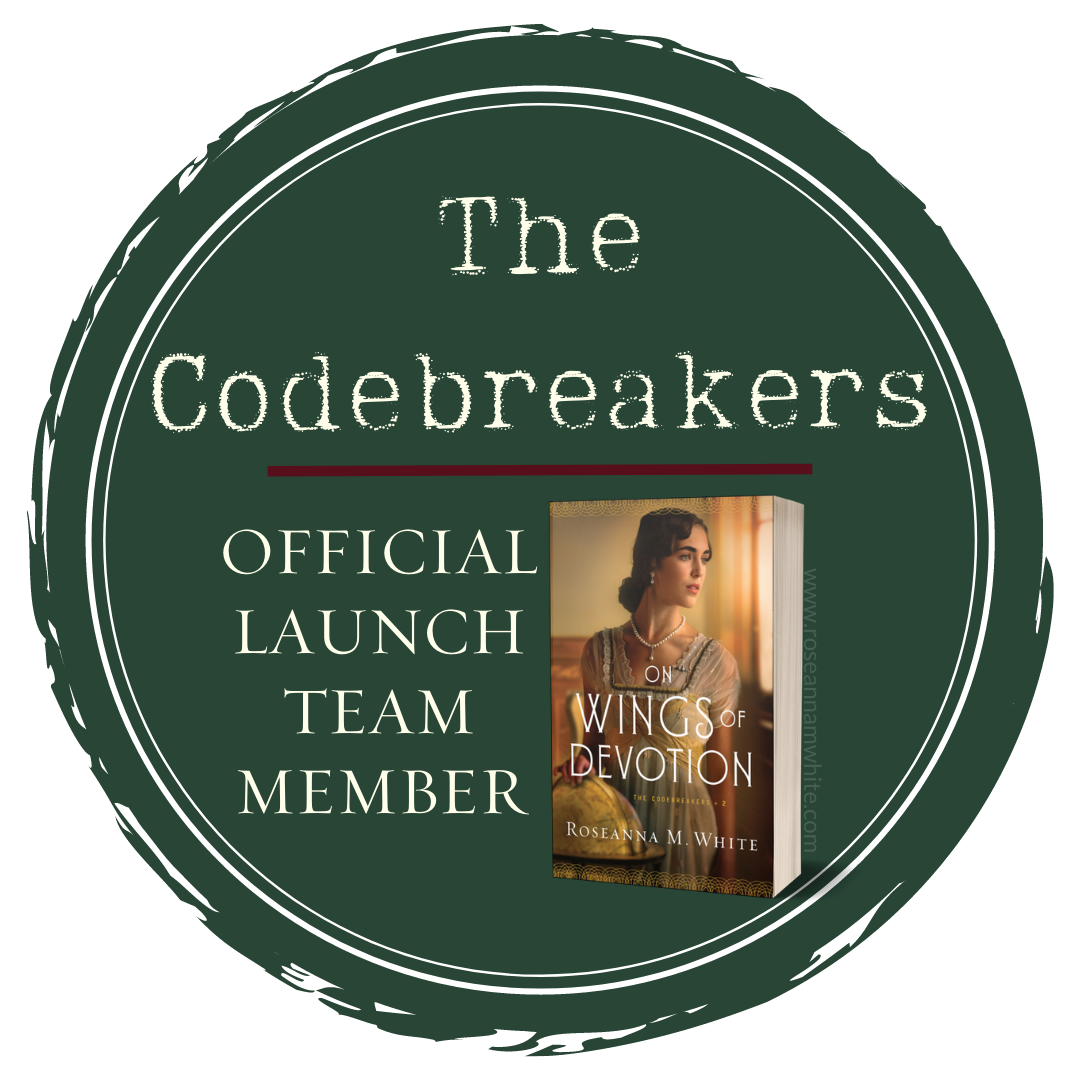 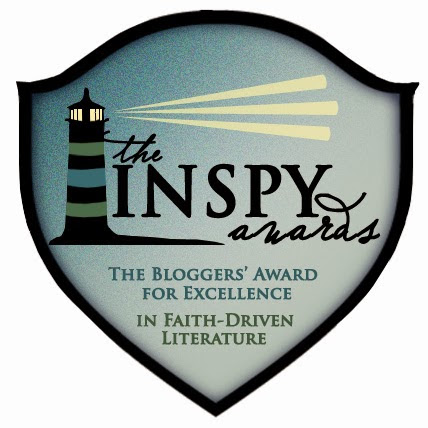 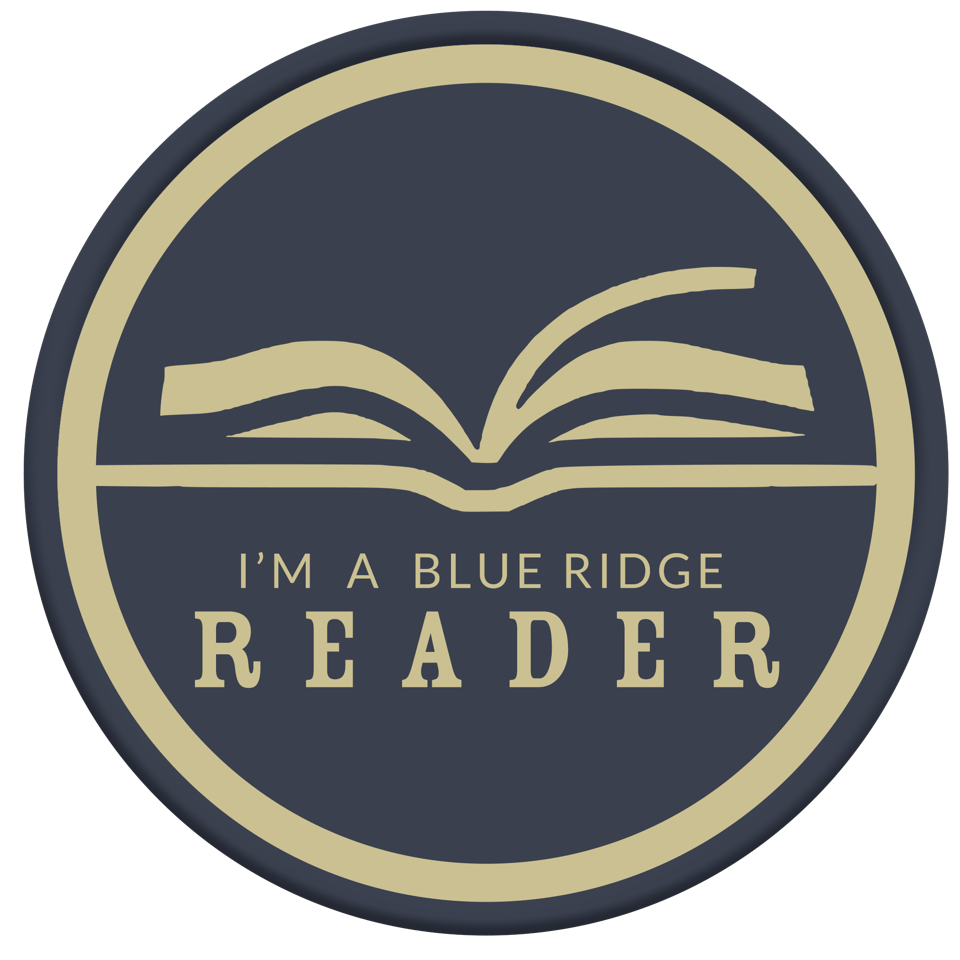 Book Review – Yours Is The Night 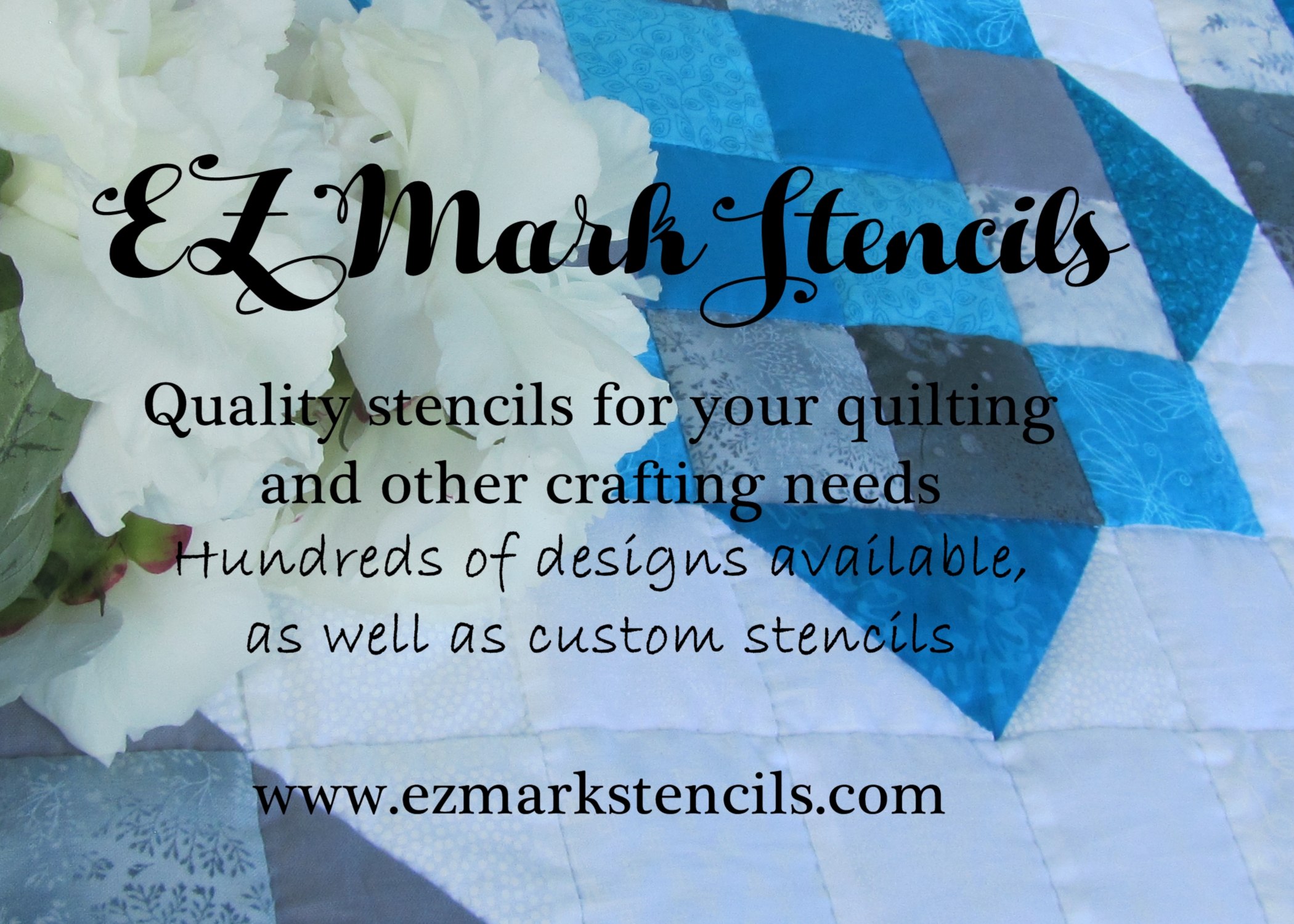